In this post, I will show you how to cheat money in Euro Truck Simulator 2 by the easiest way, It’s using CheatEngine. Till now, this method of money cheat in ETS2 works fine on all versions! Just follow these step!

How to cheat your money in ETS2:

Note: If it does not work, try to change the currency to Euro!

Here is a guide by using Cheat Engine in ETS2.

This will not let you get BANNED. This is an offline game, so very safe to cheat. For truckers who do not want to work on their way earning money by doing work, hire workers, etc. And if you want to get immediate access to everything in ETS2 upgrades, paints, etc. Then you better follow this.

1st. Open ETS2
2nd. Open latest Cheat Engine
3rd. Follow the instructions above. (I will not mention all of them since it’s there already.)

So you have to copy the money you have to your value in cheat engine for example 3000, if you have more than 1 value then you better select them all by selecting first value (very first!!!) hold shift in your keyboard and find the last value (very last!!!) and select it. This will select all of your values and after put them by pressing red arrow. Do the same thing after it’s copy and paste below in the box so you can change all of the value to the value you want like 500 000 000. XD!

This applies also with the level or XP you have. You can use the cheat engine too to change the value of your XP. With higher XP you can get access to better upgrades and better trucks and of course when your rich with your money and your XP you can really enjoy a lot playing ETS2.

If your money becomes negative. You must select your value for example -1500 to +1000000. After restart ETS2. Your money should be positive afterwards. 😀 If it doesn’t work then set -1500 to 0. Work with the money until it reaches like 2000 money. Then use cheat engine to change the value.

Remember selecting too many values (like 100 + values) may make the game crash or be corrupt. So probably after you change values it’s better to restart your game. If it crash when you change the value and run the game, then you have many values (too many values) because some values are changing very fast like from 100 to 1223232324 then to 92 then to 555 very fast, something like that. That’s because there are too many values that you select. RRemember the smaller value you have in ETS2, the lesser your value will be seen in cheat engine. So earn higher in order to have lesser value in cheat engine. The plentiest value is 0 & 1.

If you have only 1 value changed (if your lucky) then you still probably need to restart the game still, to avoid corruption and crashes, still right?

Make sure your money is set to Euro or the cheat may not work!

BEWARE OF FAKE ETS2 MONEY GENERATORS AND XP GENERATORS. They give you survey in order to activate the generator, or install malwares and viruses to your computer. so better stick to the safe one, which is this one.

Works for all versions. Even version 1.0 of ETS2 still works. 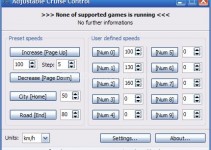 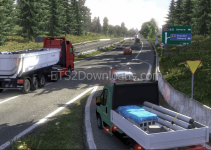