As I said in a post that, today, March 4 2014, version 1.9 of Euro Truck Simulator 2 has been released after a lot of fine-tuning steps.

SCS’s developers have spent a lot of time in ETS2 closed beta testing to make sure that It’s solid now! If you are playing Euro Truck Simulator 2 on Steam, you can see that today we have an big update (~400MB), that’s the 1.9 beta version! Let’s test this version together for the final check!

The 1.9 update is one of the largest patches we have ever worked on, hence the long time to wrap it up. Work on the new vehicle AI code has actually started even before ETS2 was released, some year and a half ago, but we gave it all the time it needed to mature. It replaces the entire traffic AI code with a new system. Its far more flexible, and it is paving the way for yet more improvements in the future (country-specific behavior of traffic lights is a much needed planned feature for the future for example). – From SCS Blog.

If you can find any bugs in this version, please feedback at: http://forum.scssoft.com/viewforum.php?f=143 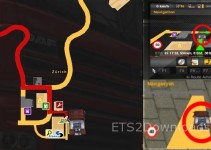 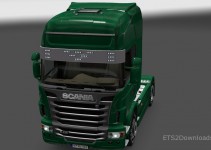 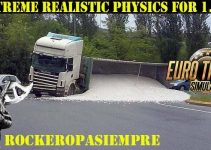