This is a very simple mod (especially compared to all the other awesome mods here!) that increases the rate at which you earn XP while playing ETS2.

The only file I modified was def\economy_data.sii and only changed values related to XP. I did not change any values about money earned or anything else. I only changed the player xp earning rate, I did not modify the rate the hired drivers get xp. The zip files include a little README that explains how to install these mods, and has some other info.

If you switch back and forth between EasyXP and CrazyXP (or turn them off after you’ve used them on a character) you will get warnings from the game when you try to load your saved game. I’ve switched between them and it seems to work okay, but if you are just getting started using mods in ETS2 (like I am), pay attention to the warnings. It’s always good to save your game before you add a new mod. That way, you won’t lose your progress if you have to disable a new mod. I welcome anyone with more experience than me at this who has any comments about the mod warnings, and I apologize if I’ve gotten anything wrong here.

I’ve had a lot of fun playing the vanilla game for many hours, and making that slow progress over time is very meditative. But I don’t always have time to play ETS2 for hours a day, and these XP mods let me get that feeling of progress in the game even when real life has me busy, and I can only play a half hour now and then. I hope this little mod helps people get more enjoyment out of this awesome game! 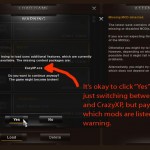 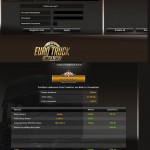 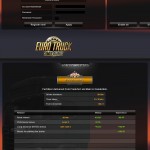 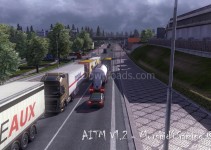 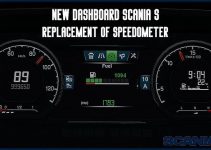